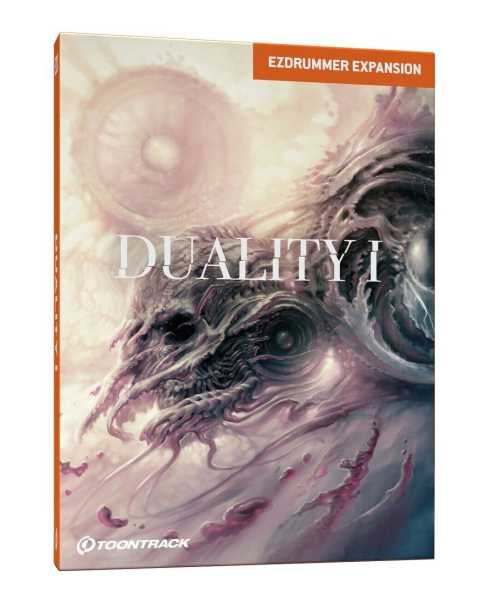 This EZX features mix-ready sounds tailored for dark, warm and organic-sounding hard rock and metal. It was designed to offer a polarizing sound ideal compared to its sibling, the Duality II EZX. Both EZXs were recorded by engineer Jakob Herrmann (Evergrey, Raised Fist, Amaranthe) and drummer Alex Landenburg (Kamelot, Cyhra, Mekong Delta) during the same session at Top Floor Studios in Gothenburg, Sweden. Duality I EZX includes one full kit as well as a total of six bass drums, eight snares and a staggering range of cymbals.

In addition to the sounds, this EZX also includes a custom MIDI library as well as a collection of presets engineered to provide different takes on the core kit along with creative hybrids constructed using the large pool of additional kicks, snares and cymbal content.

When two objects - worlds, stars, planets, waves, storms - collide, they either form a clash of epic proportions decimating almost any and all things in its way, or they meld and mesh into an an awe-inspiring coherent force of energy. The Duality EZXs are an example of the latter. Welcome to two contrasting batteries of drums that balance on the divide between polarizing sonic ideals - each great on its own, but awesome together.