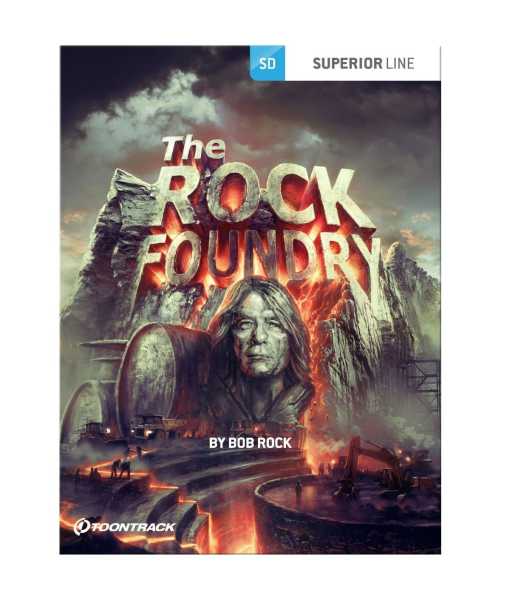 Hard as a rock: A massive library of sounds for Superior Drummer 3 recorded by a true industry legend, Bob Rock.

The Rock Foundry SDX features a staggering 65 GB of raw, unprocessed drum sounds recorded by arguably the most notable, influential and sought-after engineer/producer of our time: Bob Rock.

The Rock Foundry SDX was recorded at Bob Rock's choice studio The Warehouse in Vancouver, BC, and designed to give you the most flexible selection of drums, ambiences and options possible. It's configured as two individual SDXs, one 'Main' and one 'Mono.' The 'Main' features six kits captured with a traditional multiple microphone technology whereas the 'Mono' configuration was recorded using a minimal setup. In addition to the seven individual kits, a large selection of extra snares, kicks and cymbals are provided, making The Rock Foundry SDX an incredibly broad palette of raw material to use to craft drum mixes within the powerful framework of Superior Drummer 3.

If writing and performing a song is magic, the art of engineering and shaping sound is the alchemy that makes music transcend and become legendary. It's how you position microphones right from the start, how you place drums in a room and how you ultimately process each individual piece to fit in a mix. The latter part is left up to you. Should you rather go for Bob Rock's drum mixes as a starting point, we've included a selection of presets engineered by the man himself.