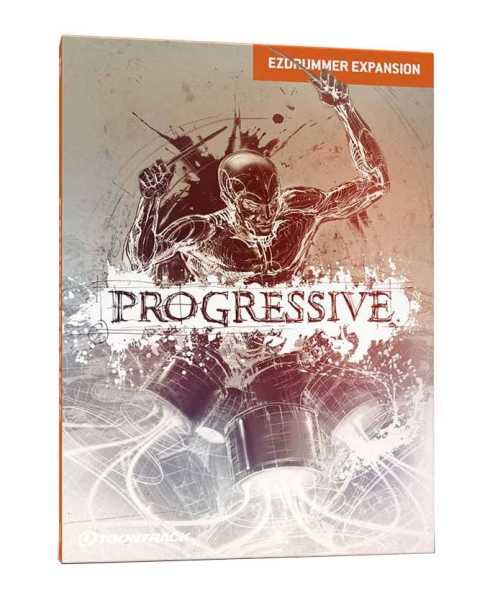 The Progressive EZX features a custom selection of content from The Progressive Foundry SDX for Superior Drummer 2. It comes with three complete kits recorded by engineer/producer Forrester Savell. With credits on defining albums by bands like Karnivool, Dead Letter Circus and I Am Giant, Savell has shaped a few of the most sonically progressive productions in the modern Australian metal and heavy rock scene.

The drums were captured at the Sing Sing Recording Studios in Melbourne, Australia. During its more than 35 years in business, the studio has collected a vast selection of top tier microphones and rare outboard gear. Combined with the dense wood-lined walls in its perfectly balanced A-room, Sing Sing has proven time and time again to be the perfect environment for broad, transparent drum recording. The drums, which were sampled by Karnivool's own Steve Judd, include carefully selected kits from DW*, Ludwig* and Pearl*.

Together with the included presets, the Progressive EZX gives you an unparalleled palette of meticulously recorded, richly textured drum sounds tailored for metal or heavy rock. Start writing!