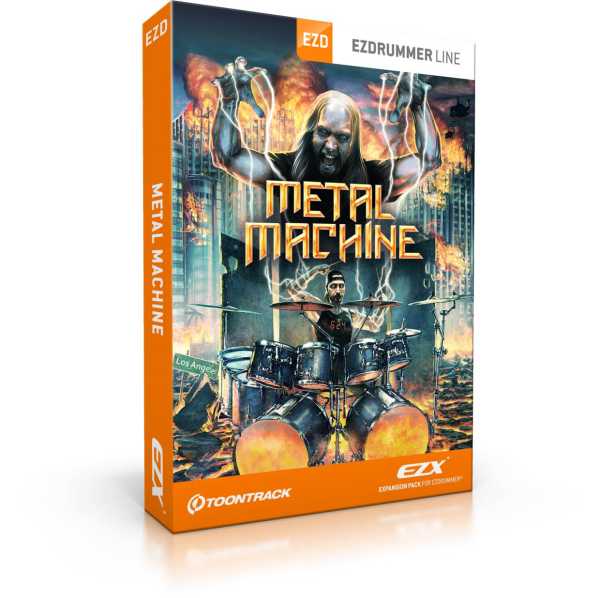 An impressive collection of drums recorded by one of the most in demand metal producers of the last decade: Andy Sneap.

Testament, Megadeth, Arch Enemy, Exodus, Killswitch Engage and Devildriver all call the same man to lay the final hand on their albums: Britain’s Andy Sneap. This highly in demand producer/engineer has worked on numerous Grammy® Award-nominated albums, is known worldwide for having produced some of the heaviest releases this last decade and has had an instrumental role in shaping the sound of metal music as we know it in the new millennium. Now Toontrack is proud to present the first ever drum sample library to bear his unmistakable seal; Metal Machine EZX.

Recorded by powerhouse drummer John Tempesta(White Zombie, Testament, Helmet) in Los Angeles’ Henson Recording Studios, formerly known as the A&M Studios, the Metal Machine EZX lacks none of the metal traits you’d expect: the thunderous bass-drums, the ferocious in-your-face snares and the toms that will cut through your mixes with a crystal clear tone to die for.