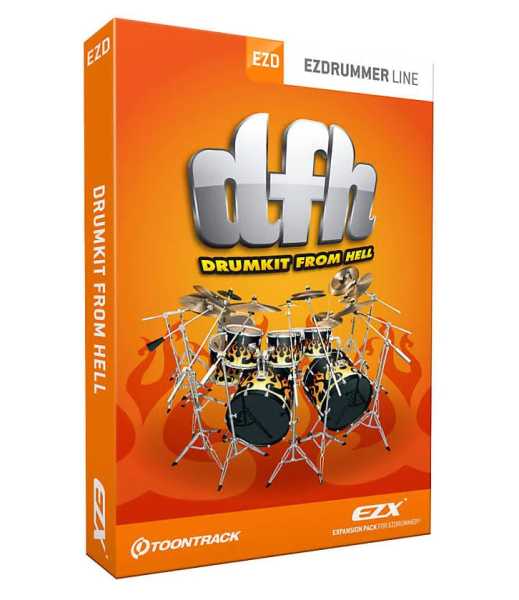 A MODERN CLASSIC.
The recording that set a new benchmark for sampled drums. A true legend and staple in any self-respecting metal head's arsenal of drums: Drumkit From Hell EZX.

Drumkit From Hell EZX was one of the first expansions to be released for EZdrummer and has since become an institution in the metal community. It was derived and remastered from the original 1999 Drumkit From Hell sessions that would come to spearhead the drum sample business and start Toontrack's longstanding position as the unquestioned leader and innovator in the field. Still, years later, the Drumkit From Hell sounds are heralded by top artists and producers and are every bit as relevant as back when they were recorded.